On Thursday, February 28, the Saeima supported the new Commercial Secret Protection Law and related amendments to the Civil Procedure Law, developed by the Ministry of Justice, in the third reading. The purpose of the Law is to ensure effective protection of the commercial secret, in particular against unlawful acquisition, use or disclosure thereof.

The draft Law is developed in order to adopt the requirements provided for in the Directive of the European Parliament and of the Council on the protection of undisclosed know-how and business information (trade secrets) against their unlawful acquisition, use and disclosure.

Below info graphic in Latvian from LV portāls: 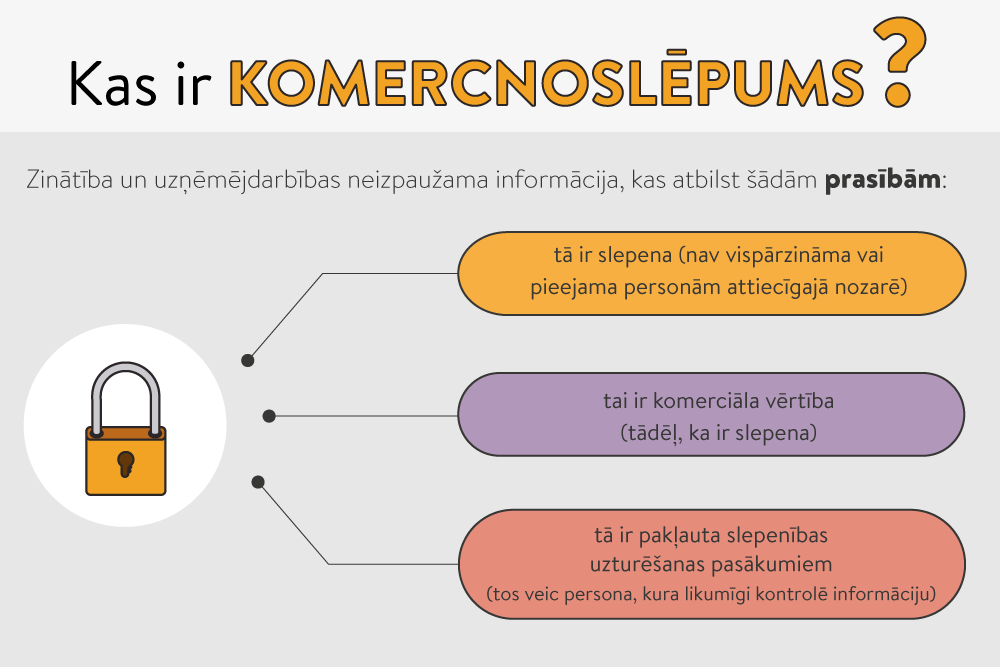